Mr. Yohane Ibrahim Kaduma is the Managing Director of the Private Agricultural Sector Support Trust, (PASS ), that was founded in the year 2000 by the Governments of Tanzania and Denmark to stimulate investments and growth in the private sector commercial agriculture and related sectors through access to finance.

Mr. Kaduma has over twenty years of experience, in corporate banking and Microfinance institutions in Tanzania having worked in various positions in institutions such as the Standard Chartered Bank, Citibank, Stanbic Bank, National Bank of Commerce, Commercial Bank of Africa, Letshego Bank and VisionFund Microfinance Bank.

As a professional, Mr. Kaduma has risen through the ranks, having begun his banking career as a relationship manager, credit, sales and service, business development and ultimately growing to serve as Chief Executive Officer of CBA Tanzania, Letshego Bank and VisionFund Tanzania. A graduate of the University of Birmingham, England, Mr. Kaduma has also served the Government of Tanzania as a Director of Resource Mobilization and Economic Sectors within the President’s Delivery Bureau. 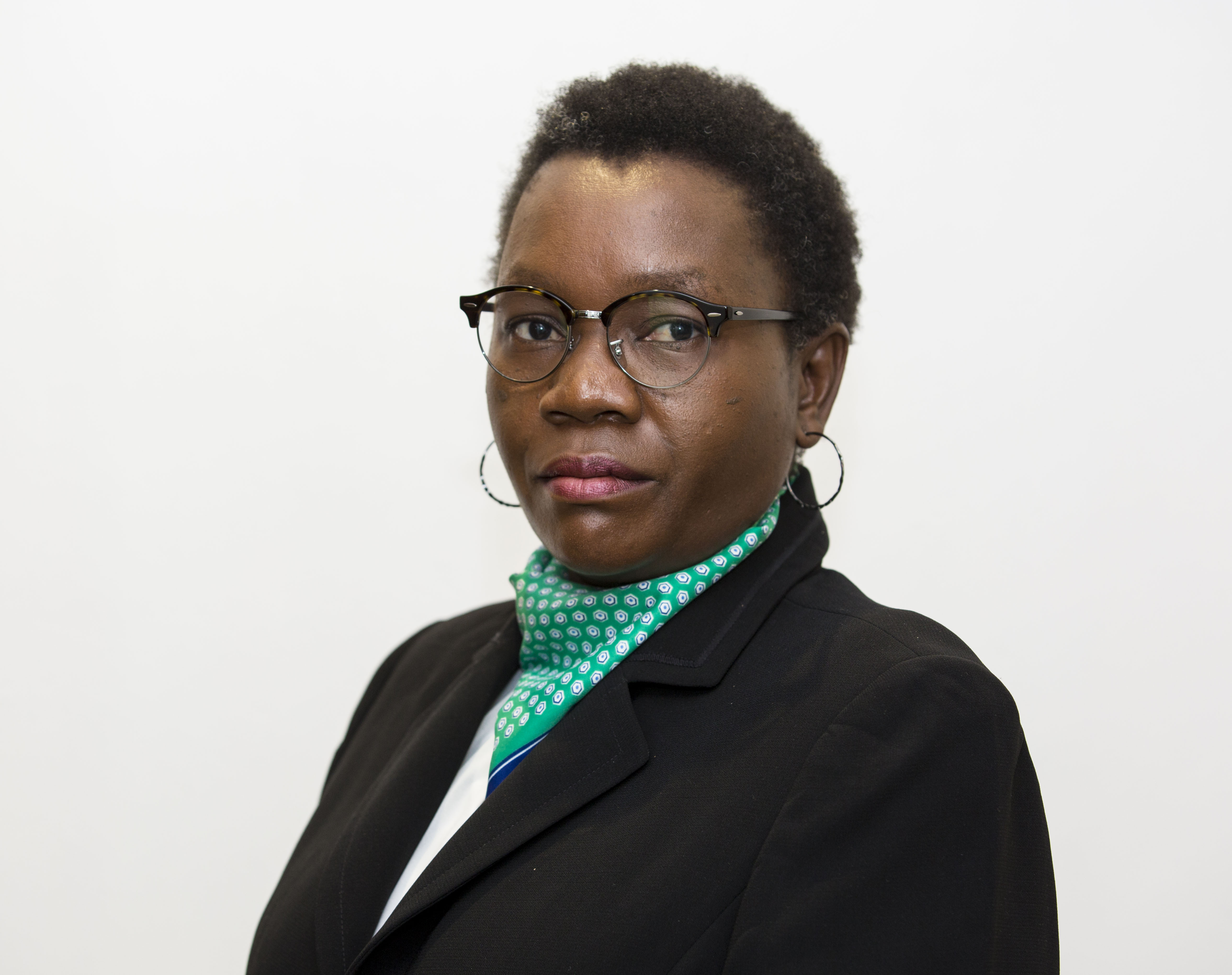 Anna is Chief Operations Officer of Private Agricultural Sector Support (PASS), an innovative Agri finance development institution that has a vision of improving the quality of life for small-scale agribusiness entrepreneurs in Tanzania by facilitating their access to financial and business development services. Anna has over 17 years of experience of working in the Private and Development Sector in Local and International Organizations

She has experience in managing and leading finance and operations teams in different countries enabling her work with culturally diverse teams. Anna is a results oriented experience in managing partnerships with implementers, undertaking capacity assessments of implementing partners, project and budget development, funds disbursements, financial monitoring and reporting and periodic evaluation to phase-out.

Anna is Associate Certified Public Accountants - ACPA (T) and a registered member of Tanzania National Board of Accountants and Auditors, She holds Advanced Diploma In Accountancy (Equivalent to Bachelors of Accounting) from Tanzania Institute of Accountancy, and a Masters in Consulting Processes obtained at ESAMI – (East and Southern Africa Management Institute – Tanzania). 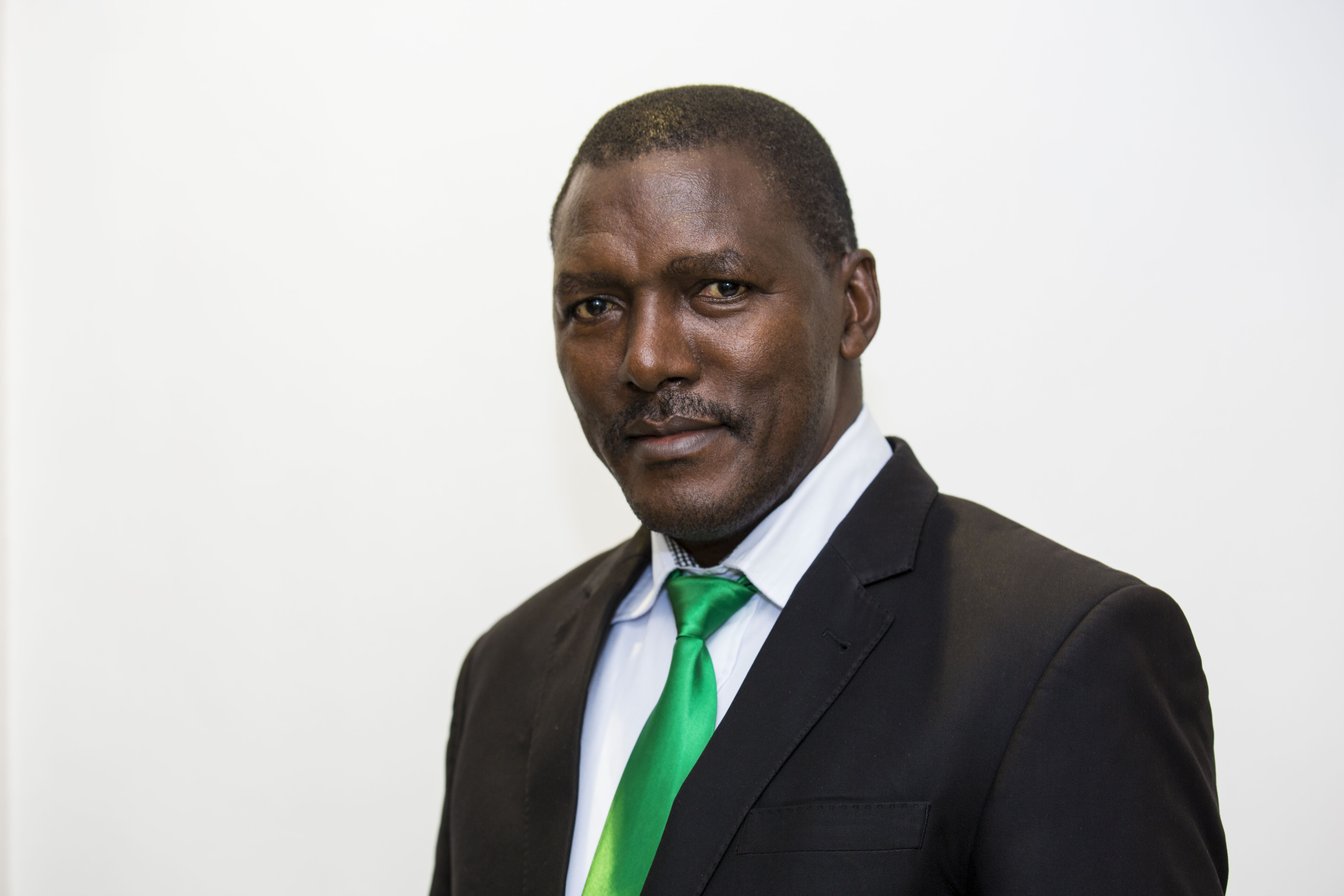 Director of Finance and Administration

Director of Finance and Administration 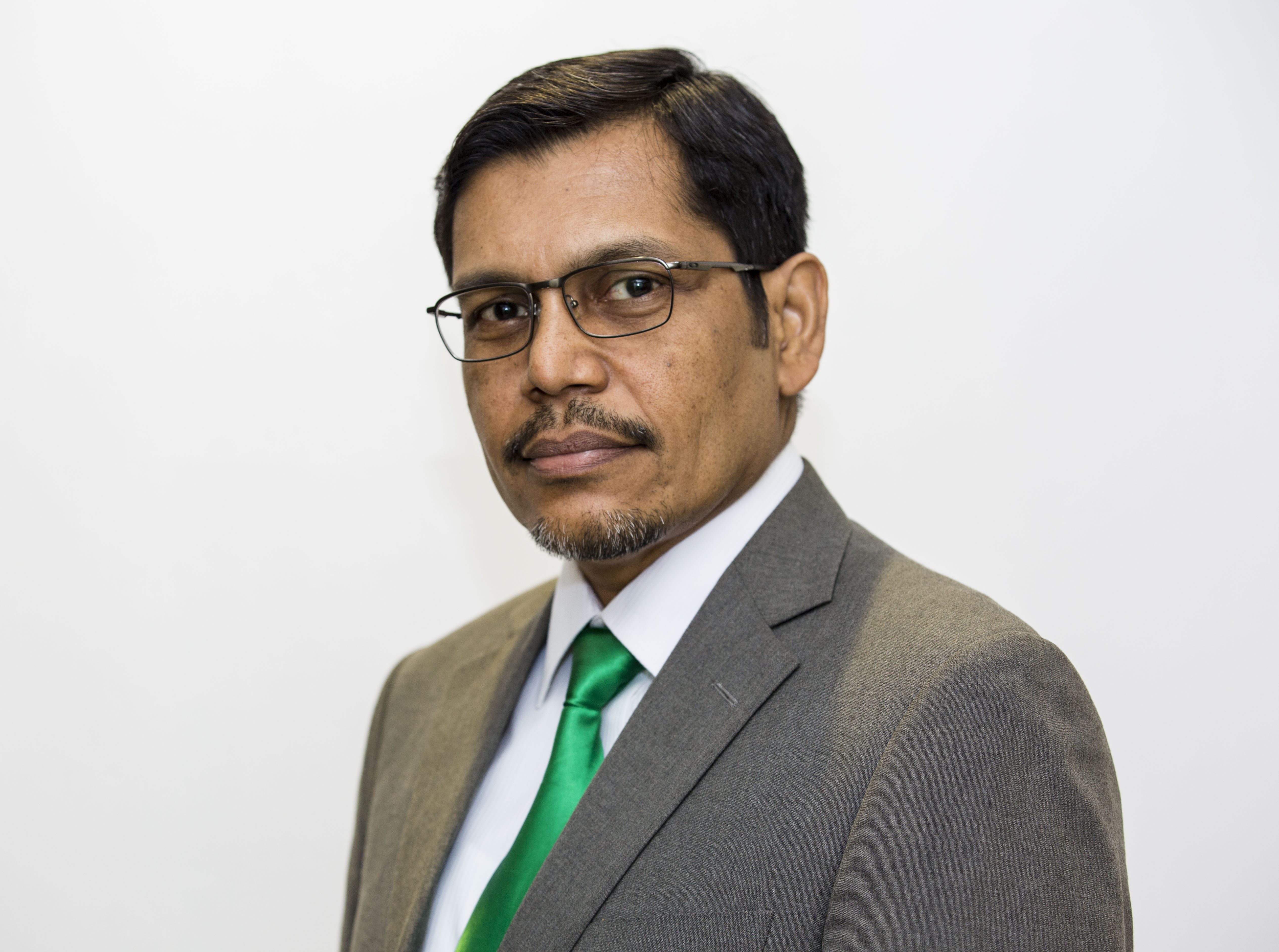 Tamim joined PASS Trust in 2018 as Director of Agriculture Innovation Centre with over 30 years’ experience in private sector and community development in Tanzania. Before he joined PASS Trust, Tamim worked as Manager and Consultant for numerous commercial, public and community investment and development projects in different sectors across the country. His primary focus is on promoting domestic value-addition of local agricultural produce and natural resources through use of local skills, appropriate technology, locally suitable project structure/model and development of domestic consumer markets. In the past, he has been a member of the Tax Appeals Board and chairperson of Tanzania Chamber of Commerce (TCCIA) in Dar es Salaam. He holds a Master of Science in Community Economic Development from Southern New Hampshire University, USA and Bachelor of Science in Economics from University of London, currently is finalizing a Master of Arts in Revenue Laws and Administration from University of Dar es Salaam. In addition, he is a trained expert in Project and Programme Cycle Management for Corporates, Government, Public Agencies and Non-Government Organizations. 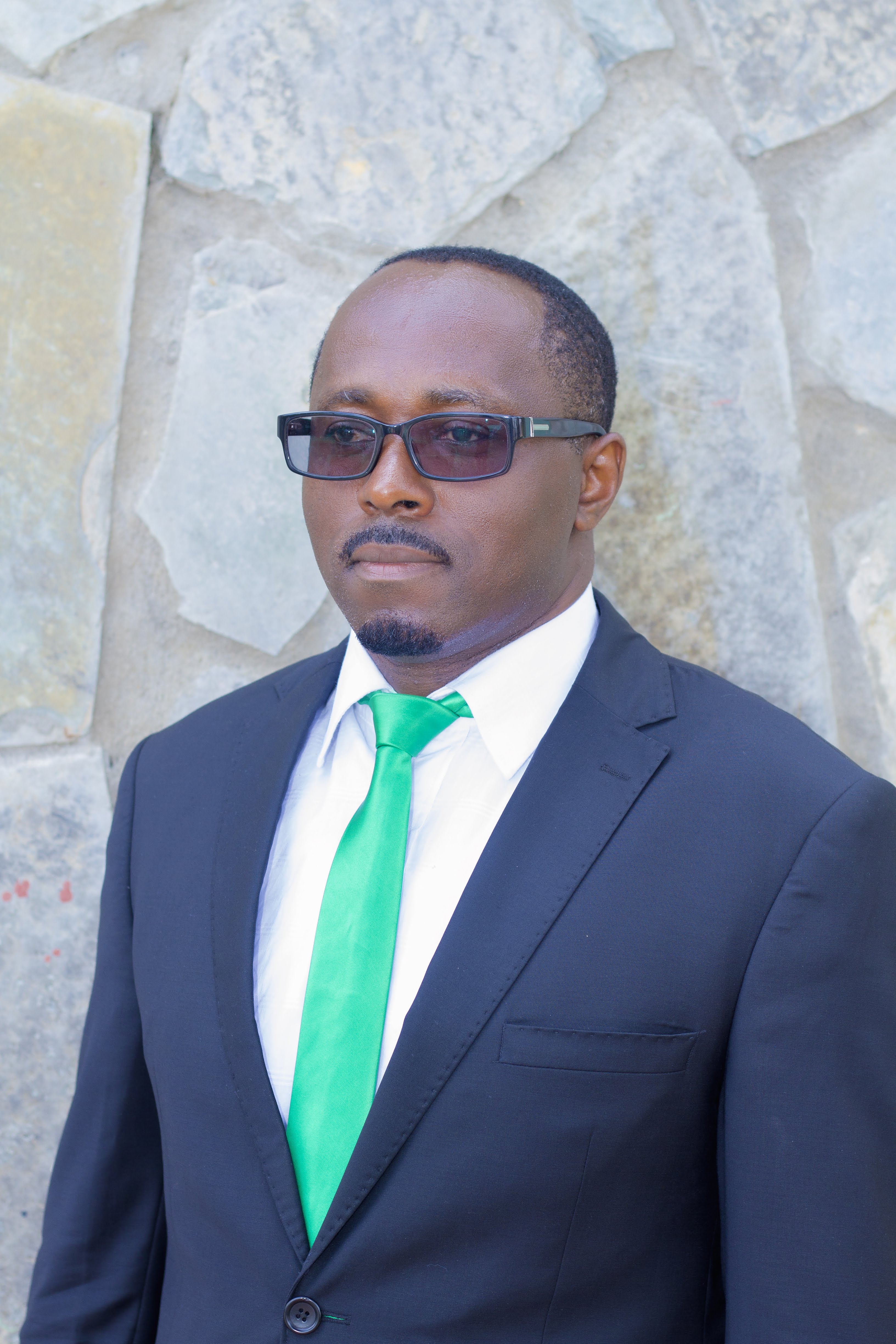 Hagai Maleko joined PASS Trust in 2009 as Senior Accountant with 10 years’ experience in Financial Management on donor funded projects with background in Financial Accounting. Before joined PASS Trust he worked as Project Accountant with World Vision Tanzania, Sustainable Moshi Programme, MS Tanzania (Danish Volunteer service), Agricultural Sector Programme Support (ASPSII) and as Financial Coordination with Royal Danish Embassy. In 2016 he was promoted to Finance Manager with PASS Trust. He holds a Bachelor Degree in Commerce (BCOM), majoring in Accounting from University of Dar es Salaam. He is a Certified Public Accountant CPA(T) and member of the National Board of Accountants and Auditors (NBAA). Hagai also holds Certificates in Financial Management and Good Governance, Financial Management for Donor Funded among other in and outside the country. 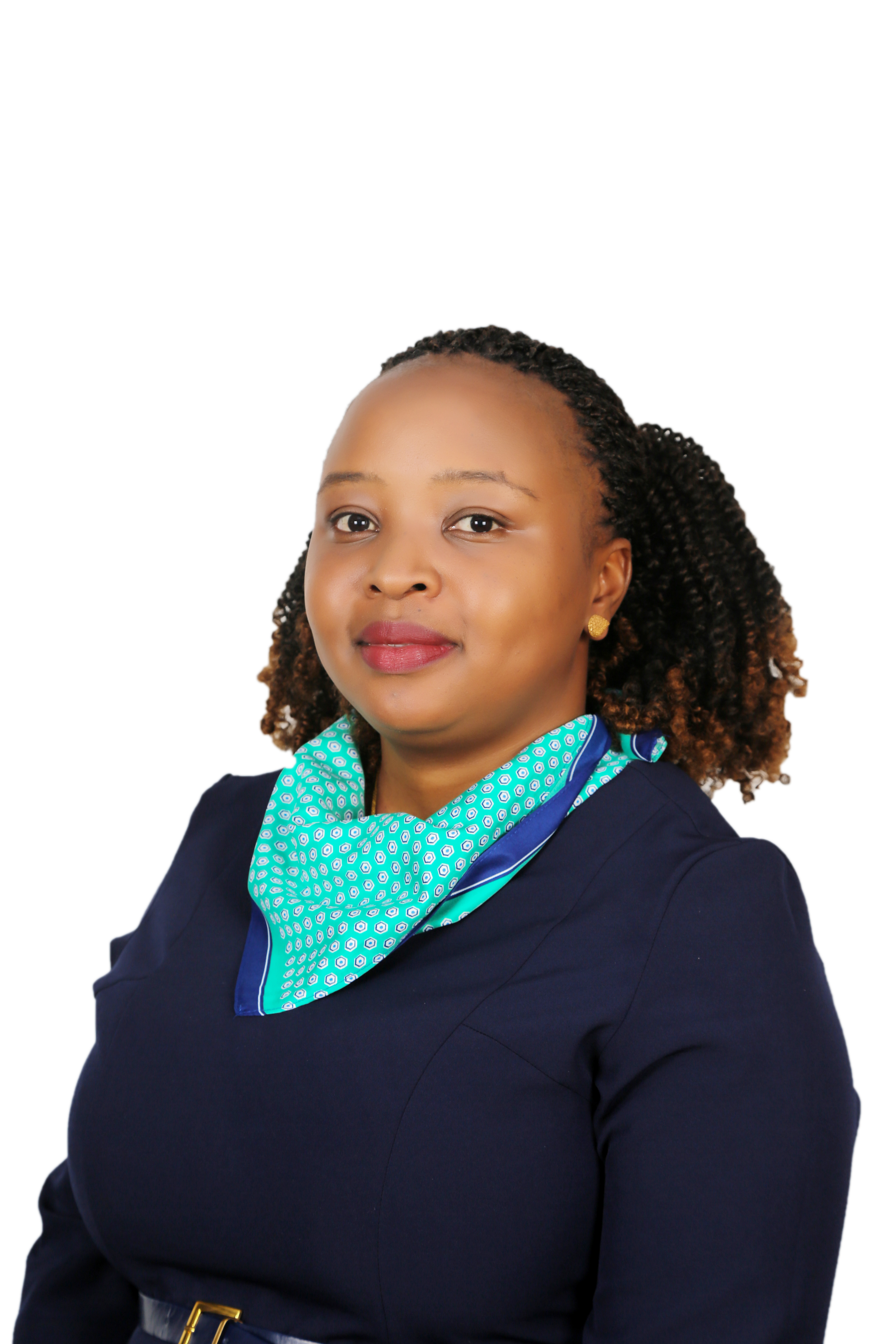 Leah Mwakang'ata joined PASS Trust on 09Th September, 2019 as Business Development Manager. Prior to her current role, she worked at CRDB Bank as Principal relationship manager at Corporate Banking having over Twelve 12 years’ experience in the Banking industry. She holds Masters of Business Administration from Eastern and Southern African Management Institute (ESAMI). Bachelor of Business majoring in Management and Marketing from Edith Cowan University-Western Australia. Advance Diploma of business from Perth Institute of Business and Technology Perth in Western Australia. Hamisi Mmomi joined PASS Trust in May 2016 as Business Development Manager with over 13 years’ experience in Banking Industry and more than 5 years’ in Agricultural Finance. Before joining PASS Trust Hamisi worked as the Relationship Manager-Agri-Commercial at NMB Bank PLC, as Branch Manager with Azania Bank Ltd as well as Branch Manager at Ecobank Tanzania Ltd. He is a member of the Tanzania Institute of bankers. Hamisi holds of Bachelor degree of Commerce and Management (Hons) majoring in Finance – Banking from University of Dar es salaam, Associateship Diploma in Banking from Tanzania Institute of Banker as well as Certificates among many others on Agribusiness Management Programme and Greening the Growth.

He holds a Master of Science Degree in Finance from the University of Strathclyde-UK, Postgraduate Diploma in Financial Management and Advanced Diploma in Accountancy from the Institute of Finance Management (IFM), Dar es Salaam 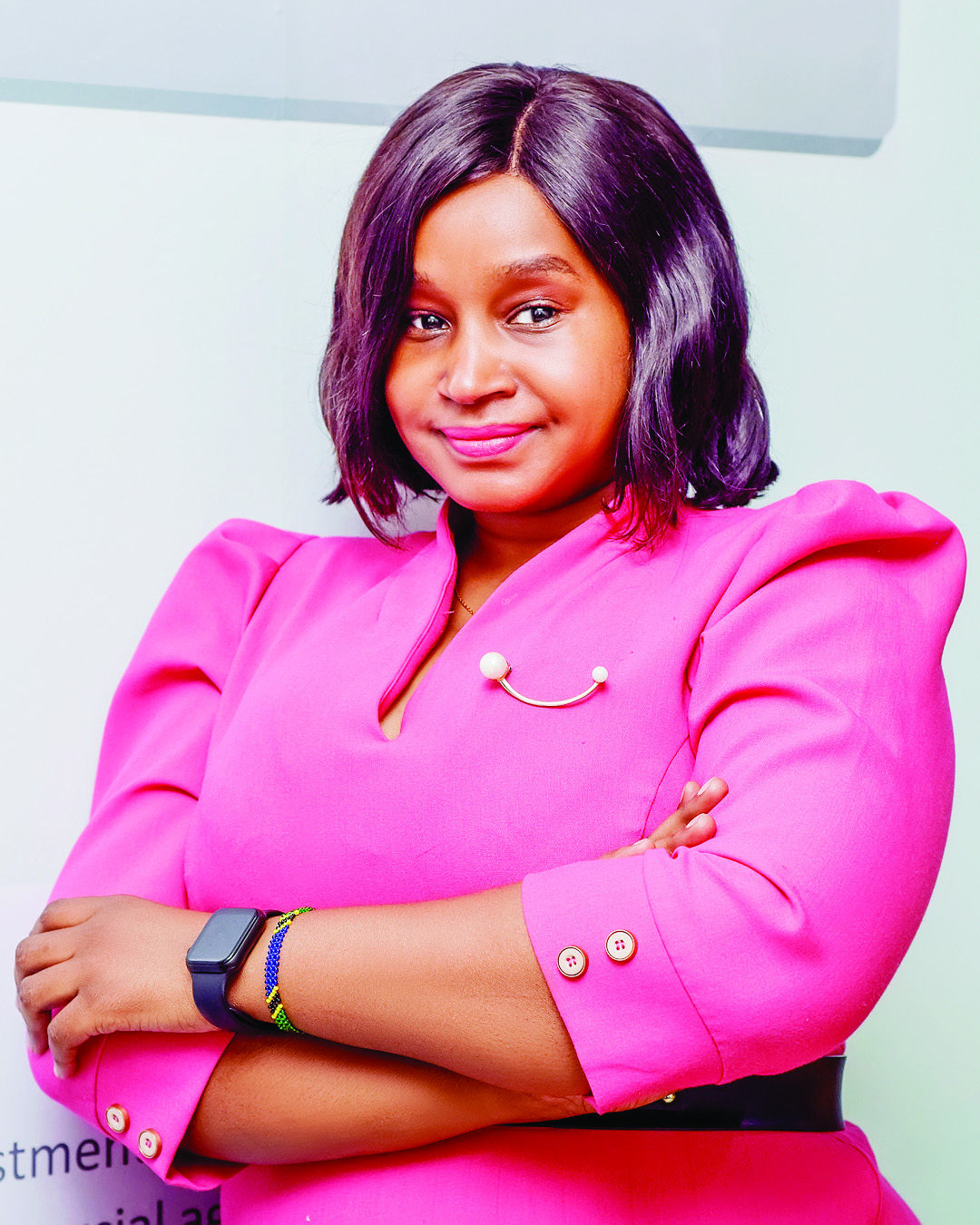 She has extensive experience in developing and managing all aspects of organization’s quality and business improvement effort such as developing and administering HR programs, training, coaching employees and facilitating organizational wide changes. She previously worked with PricewaterhouseCoopers, Columbia University – MSPH and Basil & Alred. She also has served and worked with clients and organisations from non – profit industry, government agencies, financial institutions, donor firms, international and local private companies within and outside of Tanzania.

Glorie is a holder of Bachelor of Administration (Human Resources Management) from Mzumbe University and is currently pursuing MBA - International Business from University of Birmingham, Master’s in Applied Psychology from Middlesex University. She is also pursuing LLB from Open University. Dickson Hyera joined PASS Trust October 2017 as Internal Audit,Risk And Compliance Manager. Previously he worked with KCB Bank Tanzania where he was heading the Audit Function and also with CRDB Bank Plc as a Manager for Internal Audit, among others. He has also worked as business consultant, trainer and advisor with support services on areas of audit and risk, good governance, finance and accounting as well as tax management for over thirteen years. Dickson holds a Master of Science in Finance from University of Strathclyde, Glasgow, Bachelor of Commerce in Finance from University of Dar es Salaam and Postgraduate Diploma in Tax Management from Institute of Finance Management, Dar es Salaam. Professionally, he is an Accountant, Member of The Association of Chartered Certified Accountants – ACCA (UK and Wales) and he is a Registered Tax Consultant with Tanzania Revenue Authority. 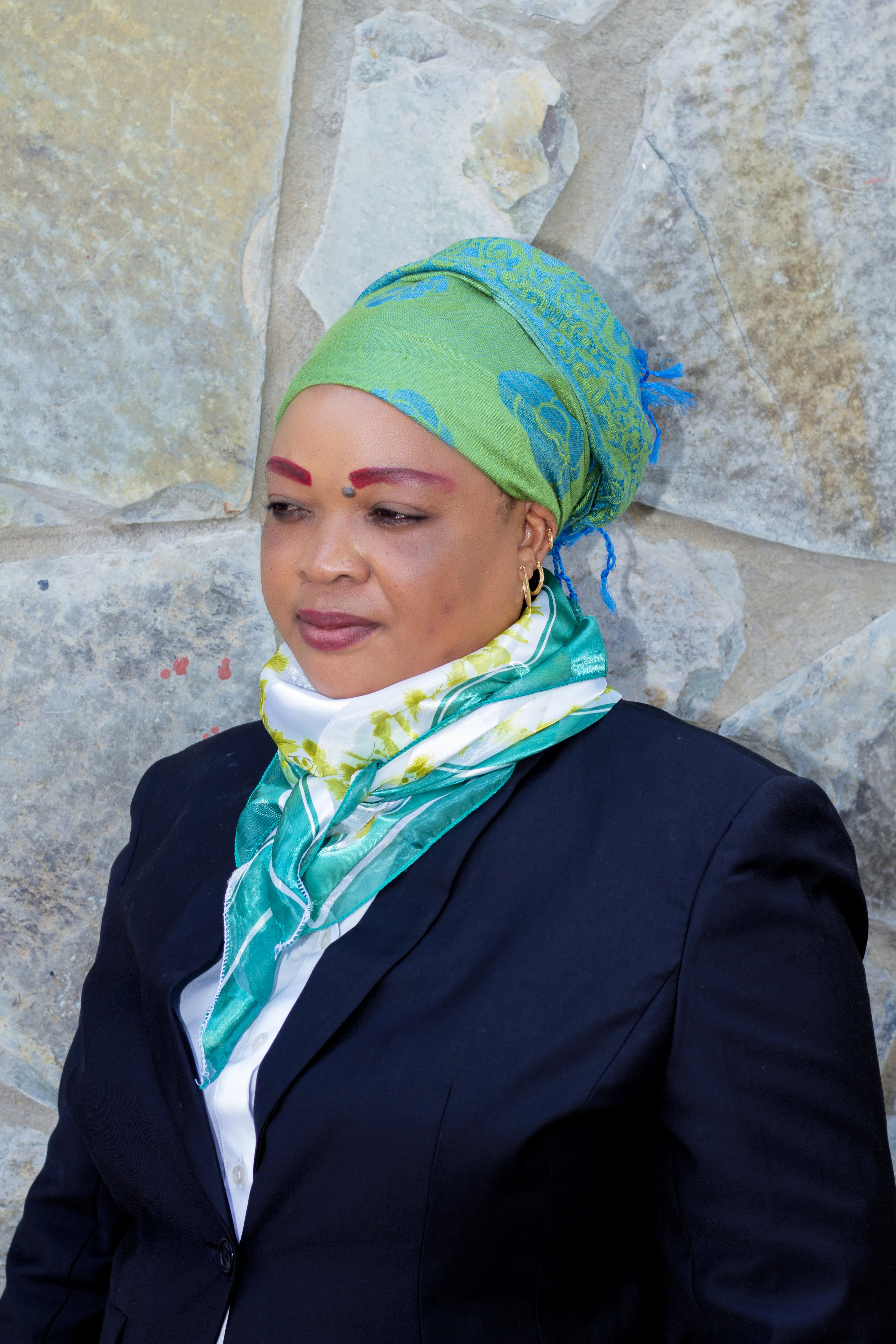 Hadija Seif Ngajima first joined PASS in 2011 as trainee and in 2015 she was employed as Business Development Officer Arusha Branch. Before joined PASS Trust worked as Processing Plant Manager with Interchick Company Limited and Tanzania Pride Meat between 2003 to 2010. In 2016 she was promoted to Zonal Manager for Morogoro Office covering Coastal Zone regions of Morogoro, Dodoma, Singida, Coast, Dar es Salaam, Unguja and Pemba. She is a holder of Master Degree in Business Administration majoring Agribusiness and Bachelor of Science in Animal Science and Management both from Sokoine University of Agriculture Morogoro Tanzania. Hadija also holds a Certificate in Public Private Partnership. 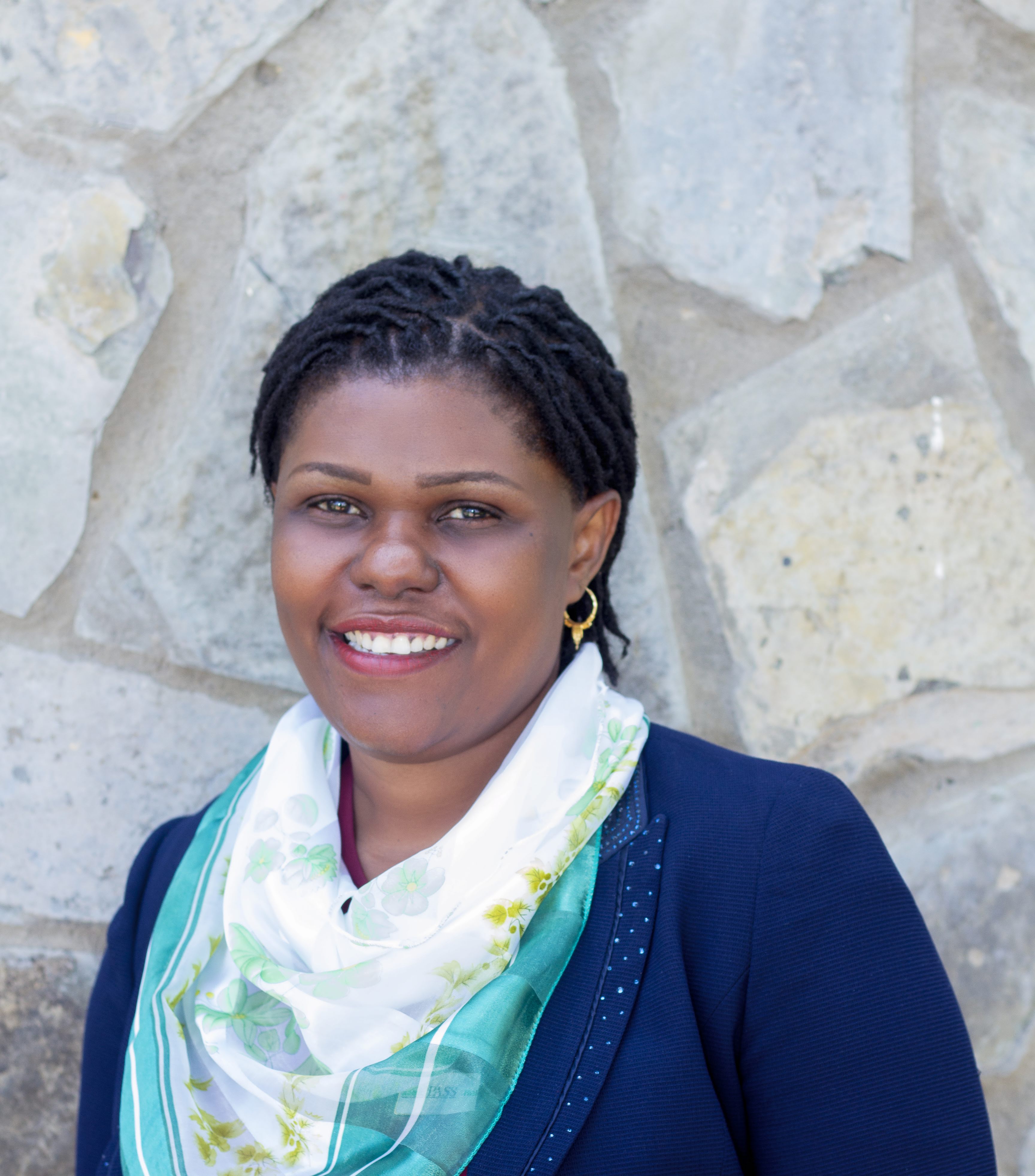 Hellen Wakuganda is a PASS Trust Zonal Manager in the North Eastern Zone covering Arusha, Manyara, Tanga and Kilimanjaro regions. She joined PASS in 2005 as Business Development Officer fresh from University. In December 2012 she was promoted to Zonal Manager for Arusha Office. She is a holder of Master’s Degree in Entrepreneurship and Enterprise Development (MEED) from University of Dar-es-salaam and Bachelor of Science in Agricultural Economics and Agribusiness from Sokoine University of Agriculture (SUA). She also holds Certificates Accounting, Financial models, Business plan Development, Agricultural Value Chain, Green Growth and Entrepreneurship.

Emilian Barongo is a PASS Trust Zonal Manager in the Southern Zone Regions covering Mtwara, Lindi and Ruvuma regions. He is passionate in agribusiness with vast experience in agribusiness project analysis advisory and training in general.

He joined PASS in 2015 from CRDB Bank where he worked as Accounting Manager SME, In PASS, he has worked as Business Development officer in two Zones of Lake Zone and Northern Zone covering Mwanza, Geita, Kagera, Simiyu, Shinyanga, Mara, Arusha, Kilimanjaro, Manyara and Tanga. In December 2020, he was promoted to Zonal Manager for Mtwara Office. 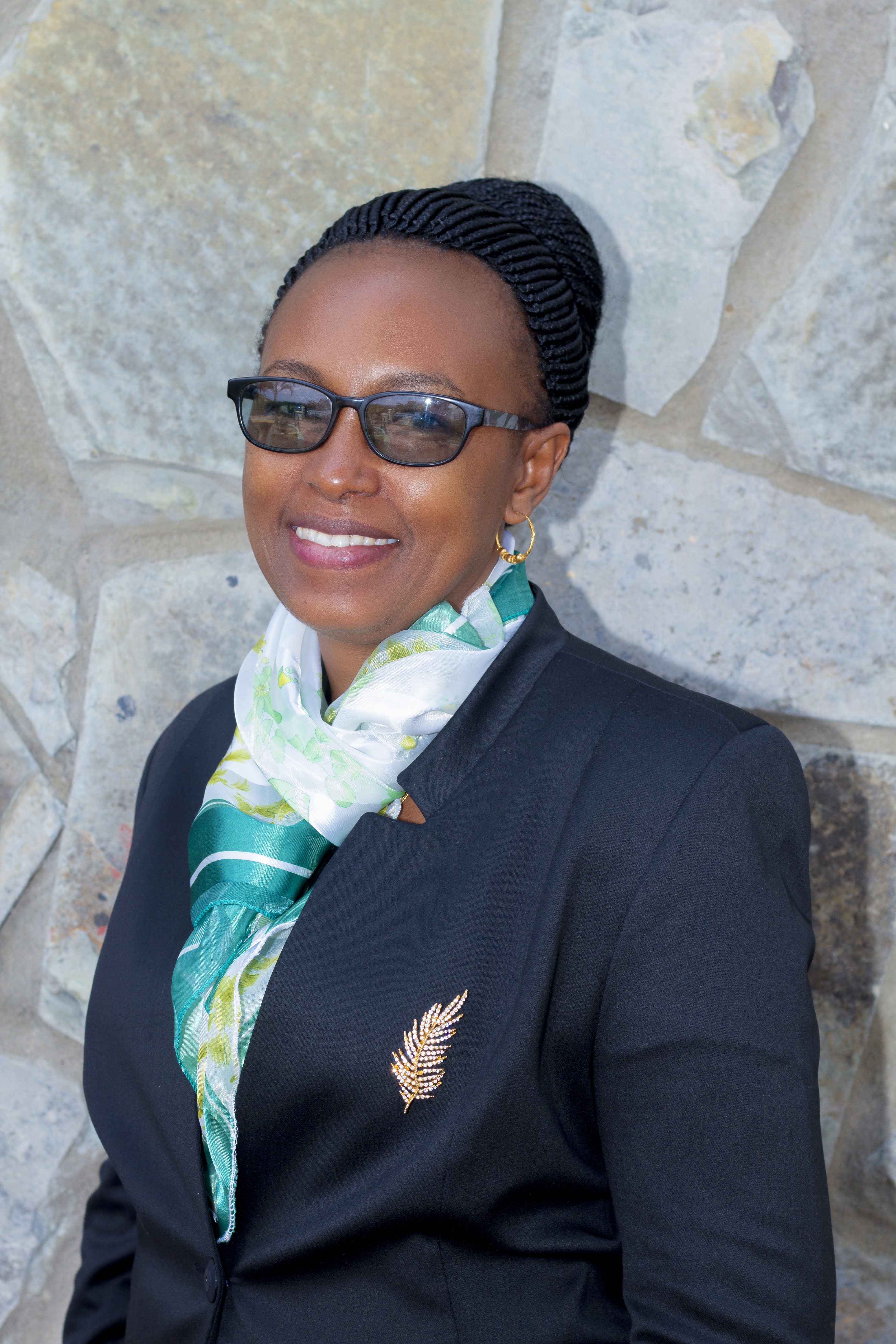 Langelika Kalebi first joined PASS in 2004 as trainee and in 2005 she was employed as Business Development Officer Morogoro Branch up to 2008. She rejoined PASS Trust on 1st October 2010 from her Masters Degree course and in 2018 she was promoted to Zonal Manager covering Lake Zone regions particularly Mwanza, Geita, Shinyanga, Simiyu, Kagera and Mara. She is a holder of MSc.in Agricultural Economics, BSc in Home Economic and Human Nutrition both from Sokoine University of Agriculture Morogoro Tanzania. She is also holds Diploma in Education majoring Physics and Mathematics, Certificates in Green growth, climate change and environmental sustainability, Market Access for Sustainable Development, Towards Pro-poor and Smallholder Inclusive Market Development, General Tools and Concepts in Agribusiness SME Development, Gender Mainstreaming, Project Management Skills, Finance and Accounting, Quantitative Research Methods in Social Science, Value Chain Development, implemented and Make Contract Farming Work, Entrepreneurship. 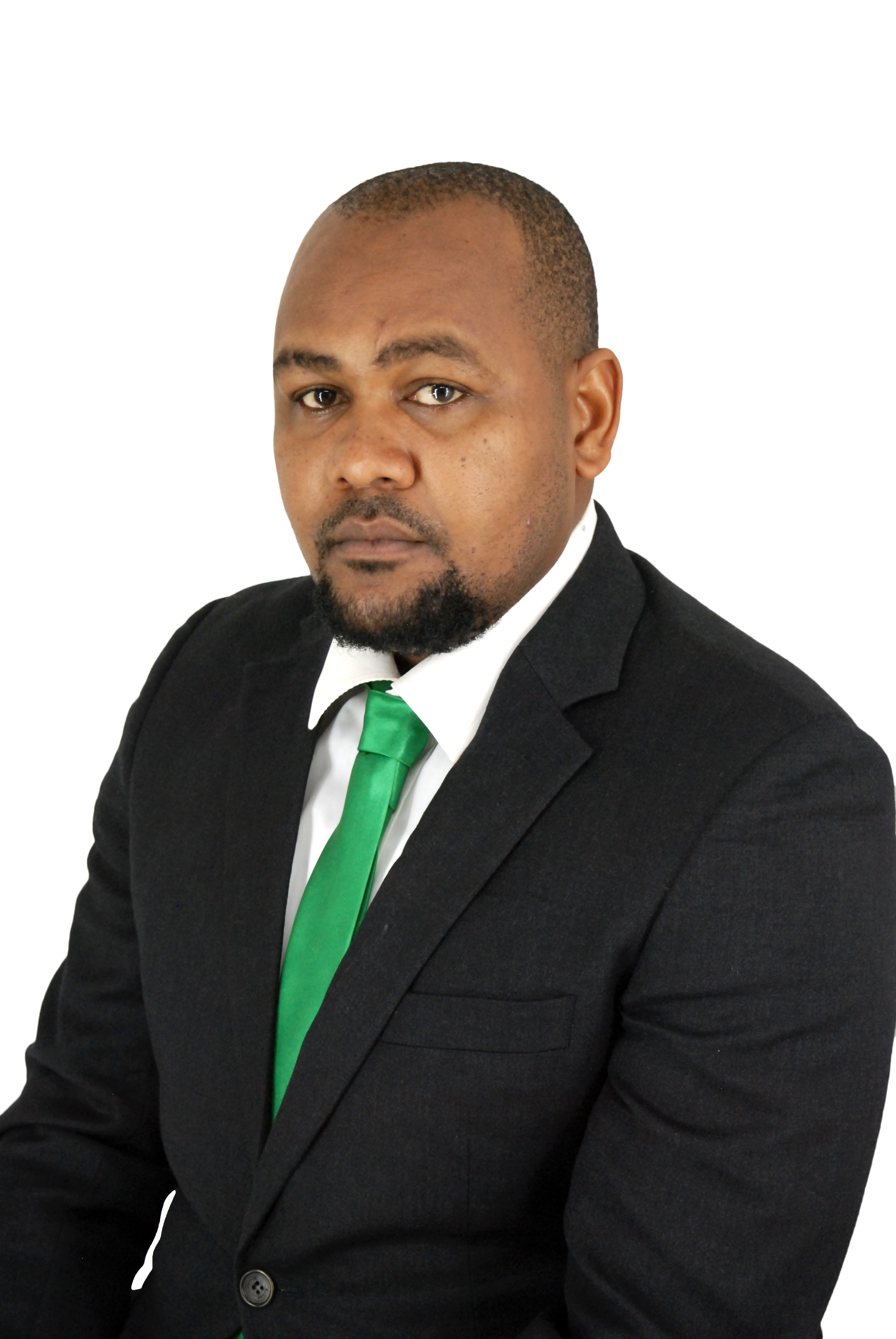 Ayoub Mbezi joined PASS Trust in May 2016 as Business Development Officer in northern zone. He is currently serving a managerial level as Acting Zonal Manager in the western zone which covering Kigoma, Tabora and Katavi Regions. As an Agricultural Economist, his role at PASS Trust are all clusters that are in the field of agriculture, livestock, fishing and all of its value chain in particular. Ayoub has over 7 years’ experience in agricultural credit analysis with a background in Agriculture Economics and Agribusiness. He had previously worked as the Business development Officer at Diligent Consulting Limited where he was facilitated all projects related to Agri-Economics, Project Management and SME Development Ayoub is the holder of Bachelor degree in Agriculture Economics and Agribusiness from Sokoine University of Agriculture (SUA) and a Masters degree in Finance and Investment from Coventry University, U.K. and certificate for short course on Advanced Credit Analysis from International Institute for Management Development (IIMD) in Dubai, UAE.

Bhoke has experience managing communications in both national and international organizations. A dynamic team player with an impeccable track record of managing and implementing strategic communications to wide and diverse audiences.

She has experience in designing and implementing communication strategies and offers expertise in developing of communication policies and strategies, as well as trainings in public relations, customer/ client management and confidence and public speaking.

With a wide knowledge and experience in drafting and sharing of success stories with stakeholders and the media, Bhoke also has a well-established network of media professionals locally and internationally. 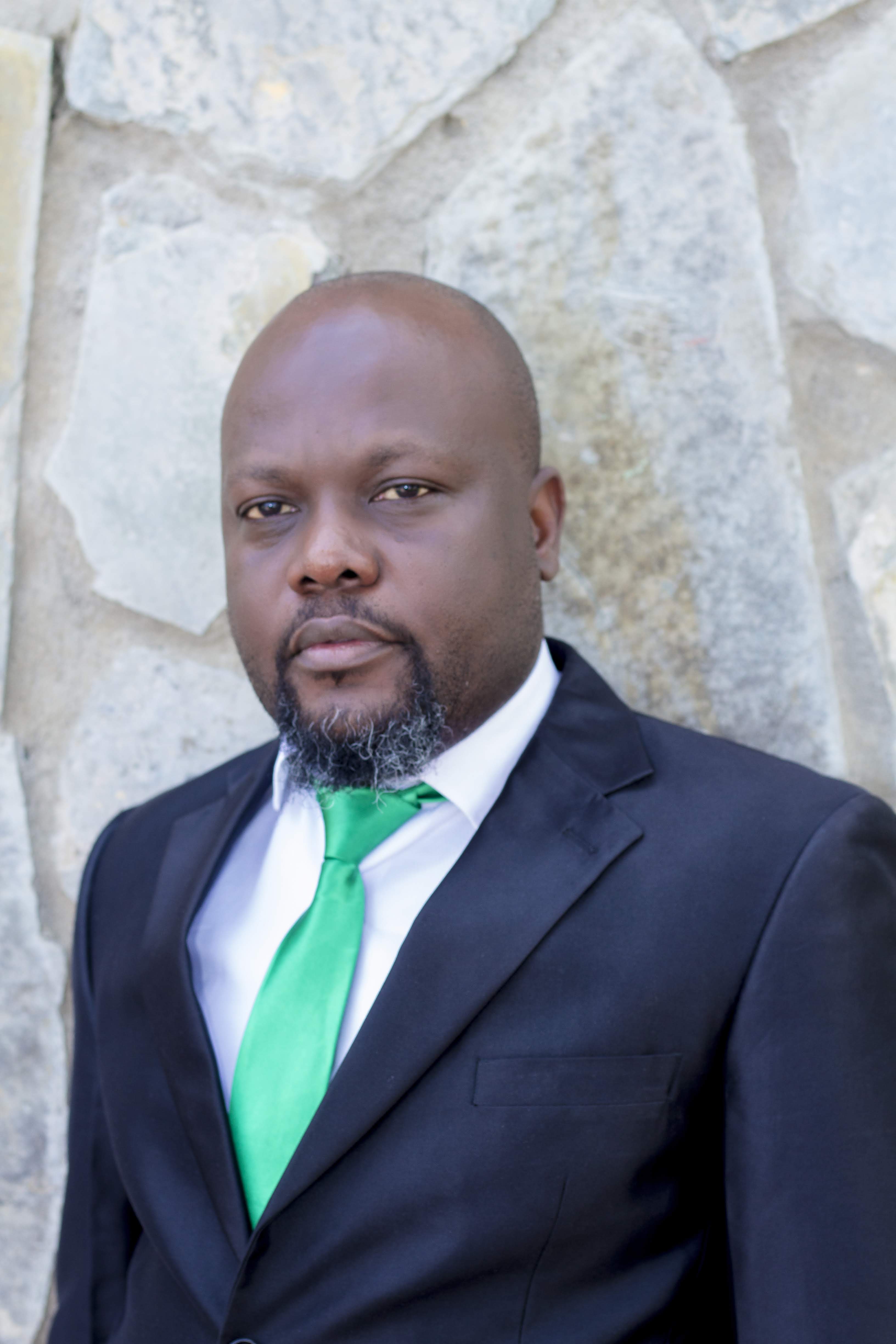 Ally I. Mwajasho is a PASS Trust Zonal Manager in the Southern Highland Zone covering Mbeya, Rukwa, Iringa, Ruvuma (Mbinga District), Songwe and Njombe Regions. Ally joined PASS in 2009 as Business Development Officer from Technoserve where he was working as a Business Advisor. In 2011 he was promoted to Zonal Manager for Mbeya Office. He is a holder of Master’s Degree in Business Administration majoring Agribusiness and Bachelor of Science in Animal Science and Production both from Sokoine University of Agriculture (SUA). He also holds professional Certificate in Agricultural Financing (CAF). Ally also holds certificates in Green Energy and Low Carbon Development, Entrepreneurship and Innovation in the Agricultural Industry, Greening the Growth, Value Chain Analysis and Development and Making a Contract Farming Work among others